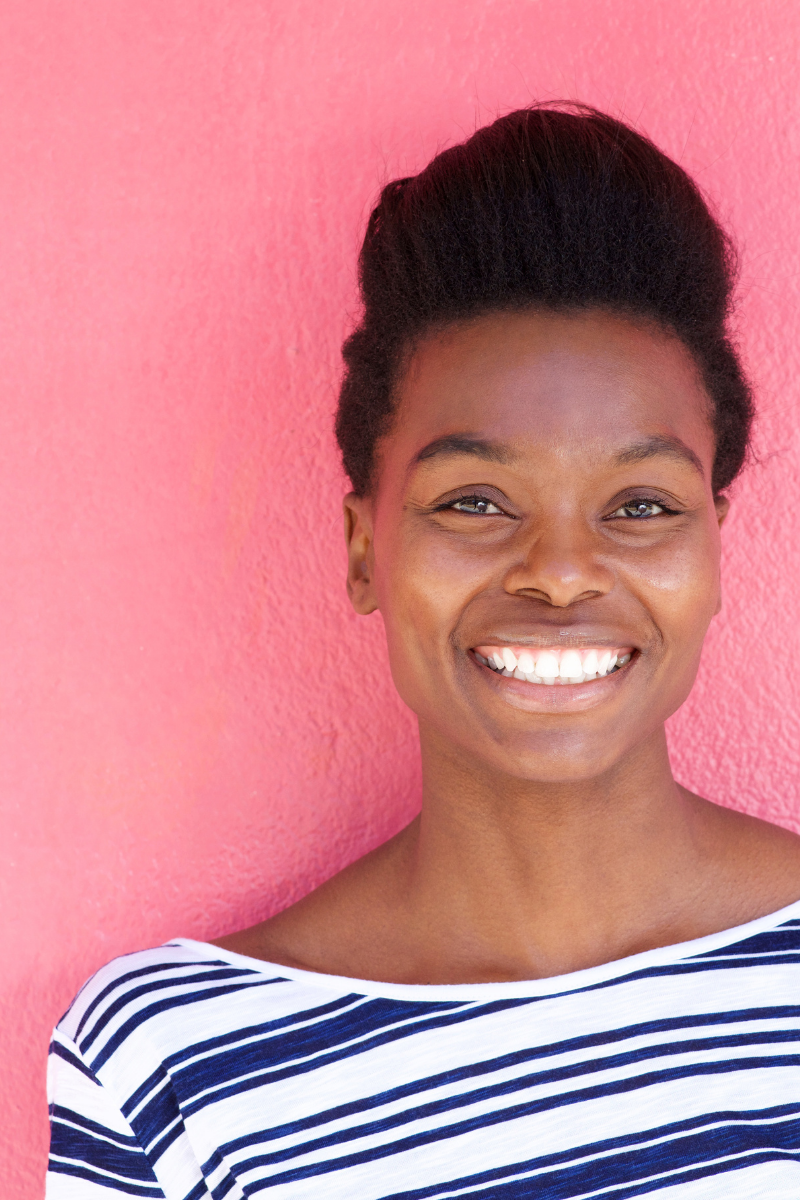 Can you imagine a home without furniture?

This is the reality for far too many families in our community. Furniture poverty impacts dignity, identity, and well-being. Many of our clients have already survived seemingly insurmountable odds, just to get to this point in their journey. They’ve fled abuse, overcome addiction, survived civil war and are all starting new lives.

They have a place to live.

Now they just need our support to turn it into a home. 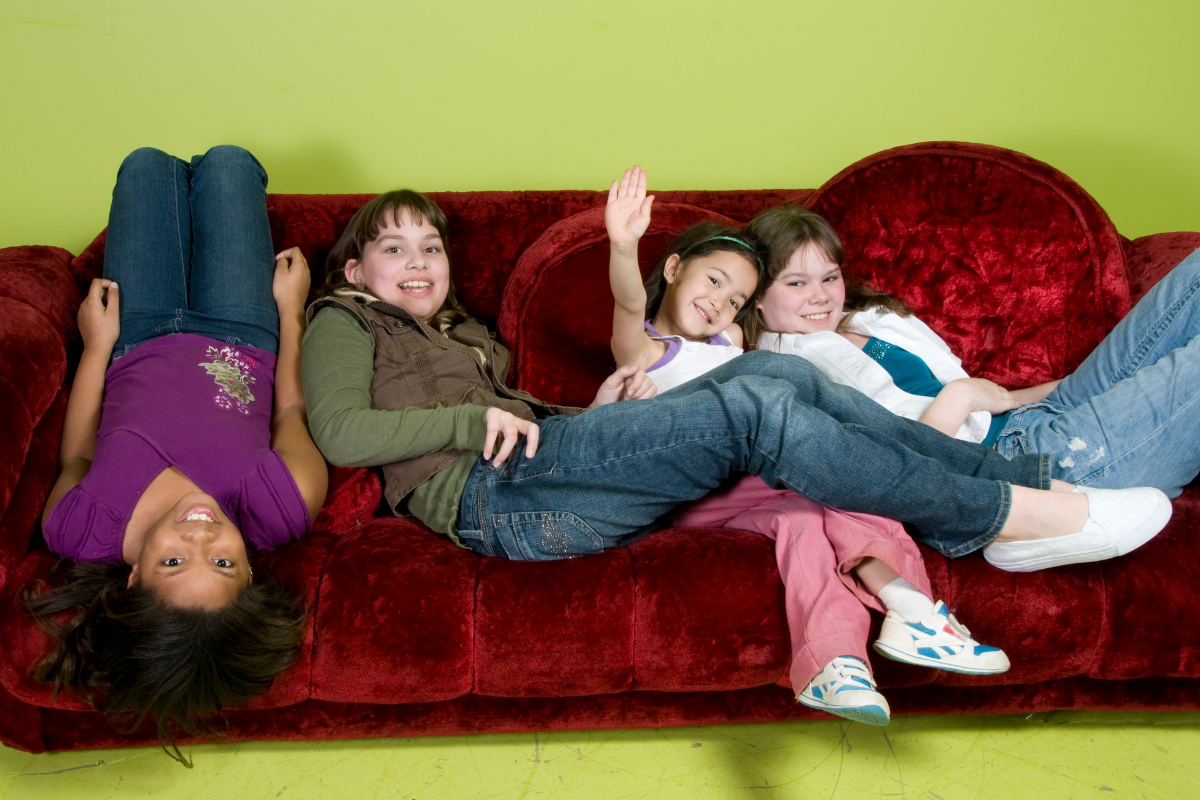 Hear from some of our clients and how together, we were able to create happy, healthy, furnished homes.

“This is the first time I’ve had my own bed since I was 15 years old.” 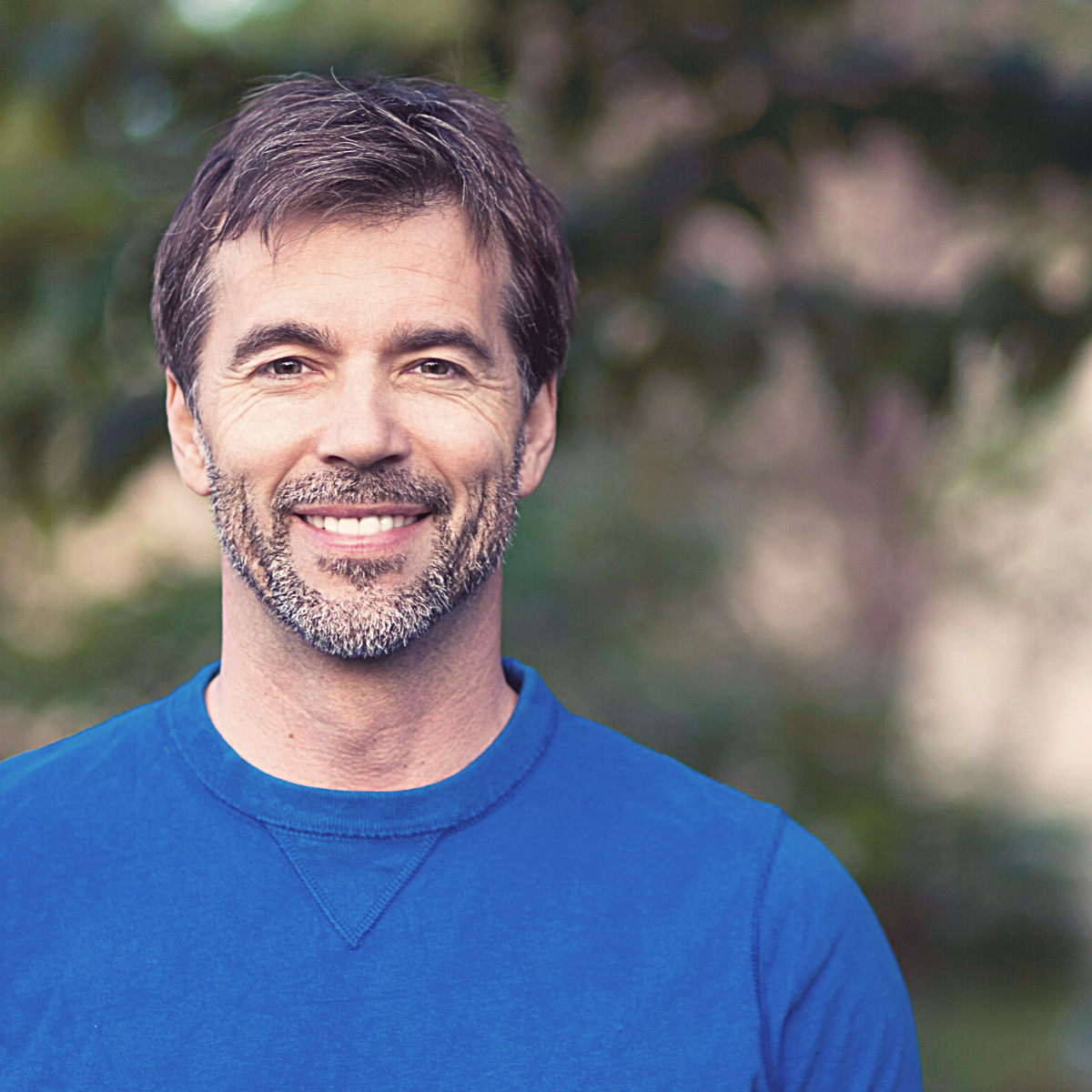 Michael was in his late 40s and had lived a life that would have seemed unbearable for many of us. He had been living on the street his entire adult life and had been involved with drugs and crime.

It was a tough journey trying to get clean and build a new life, away from the streets and the dangers they held.

After hard work, setbacks and triumphs, Michael managed to secure his own apartment. Michael’s case worker, Bill, came to visit him at his apartment and was shocked to discover that it was empty – no chair, no table, no bed. Michael had nothing. So, Bill connected Michael to My Furniture Bank.

The day that Bill and the staff delivered furniture to Michael, he had a friend with him named Charlie who was helping to move everything into his apartment. When Michael saw his new bed in his tiny bedroom he broke down in tears, overcome with emotion.

Charlie told us that this was the first time that Michael had his own bed since the day he ran away from home when he was just 15 years old. 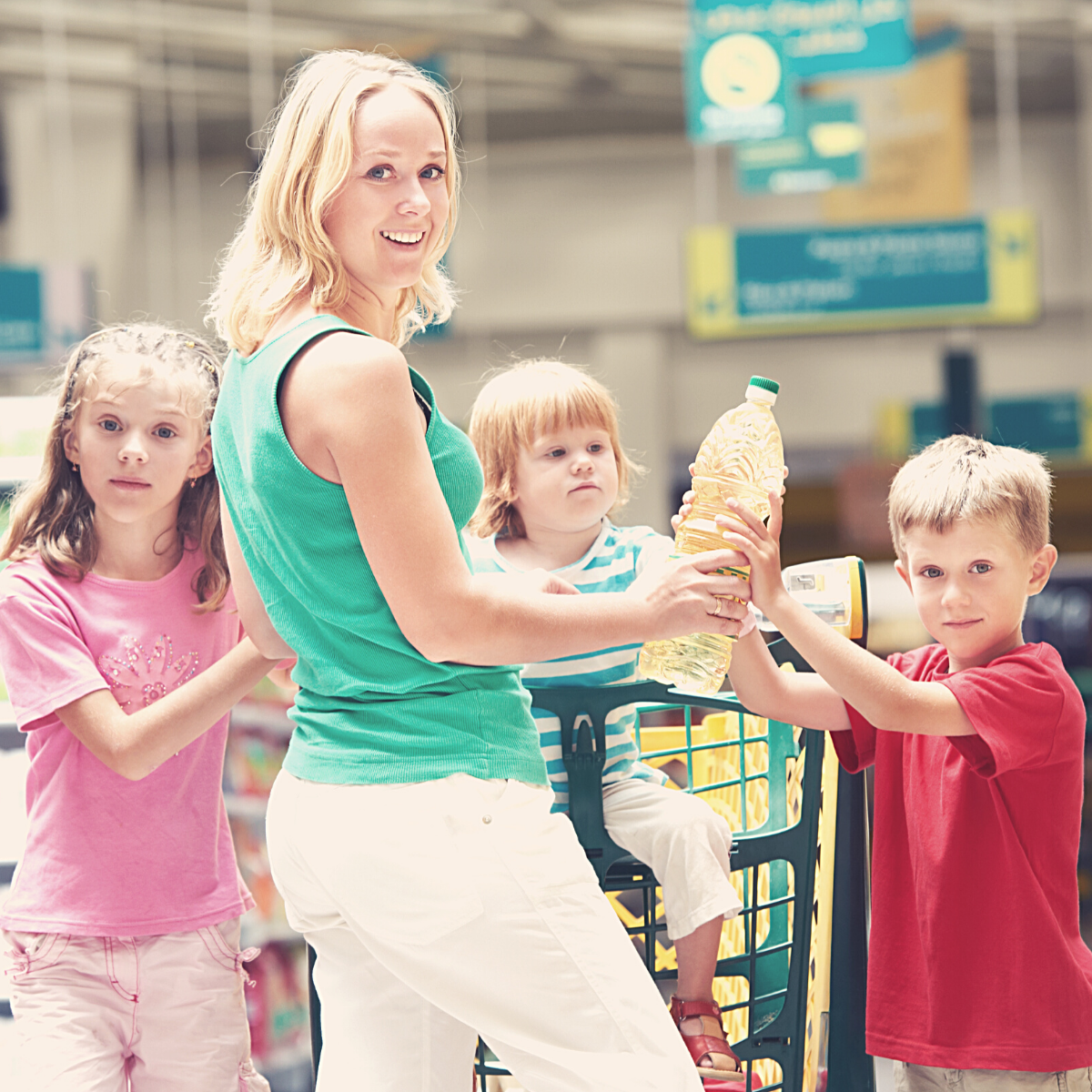 “Within a week Jane had three new beds in her home,and she and her children were reunited for good.”

Jane is a 34-year-old college educated mother to three small children.  In 2008, Jane lost her husband to cancer.  In 2011, she was the victim of a severe sexual assault in a random act of violence by a stranger.  Jane pressed charges to protect herself, her children, and others from this danger to society.

For almost three years the perpetrator was not in custody while Jane tried to function in fear.  He stalked her and bullied her.  She moved to several communities, but the perpetrator would always find her and threaten her with further violence if she did not drop the charges.  Amidst the constant fear and instability, Jane developed a drug and alcohol problem.  Eventually, her grandmother was given custody of her three children when she could no longer cope.

When Jane ultimately saw the perpetrator sent to prison for 6 years, she was finally free and found the strength to set up a home for her family and receive treatment for her addiction. She was able to secure a three-bedroom house for her family, food, clothing, career advice, and emotional and legal support while she began the lengthy, emotional process of regaining custody of her children.  Jane was stronger and healthier than she had been in years.  Her kids could now come to live with their mom again and start school in September.

Because of her hard work and perseverance, the authorities finally agreed to return her children as soon as she could provide beds in the home for her kids to sleep.  But with a tiny budget on which to live and save, Jane felt defeated again.  Three beds were out of her financial reach.

However, with the support of our community and Jane’s own strength and determination, she found a solution.

Within a week of requesting help from My Furniture Bank, Jane had three new beds in her home, and within two days, she and her children were reunited for good.

Jane had been through hell but found the strength to overcome the tragedies in her life and show her children the true meaning of ‘hero’.

A home without furniture can not provide the safety, security, and dignity needed for a family to create happy and healthy lives. 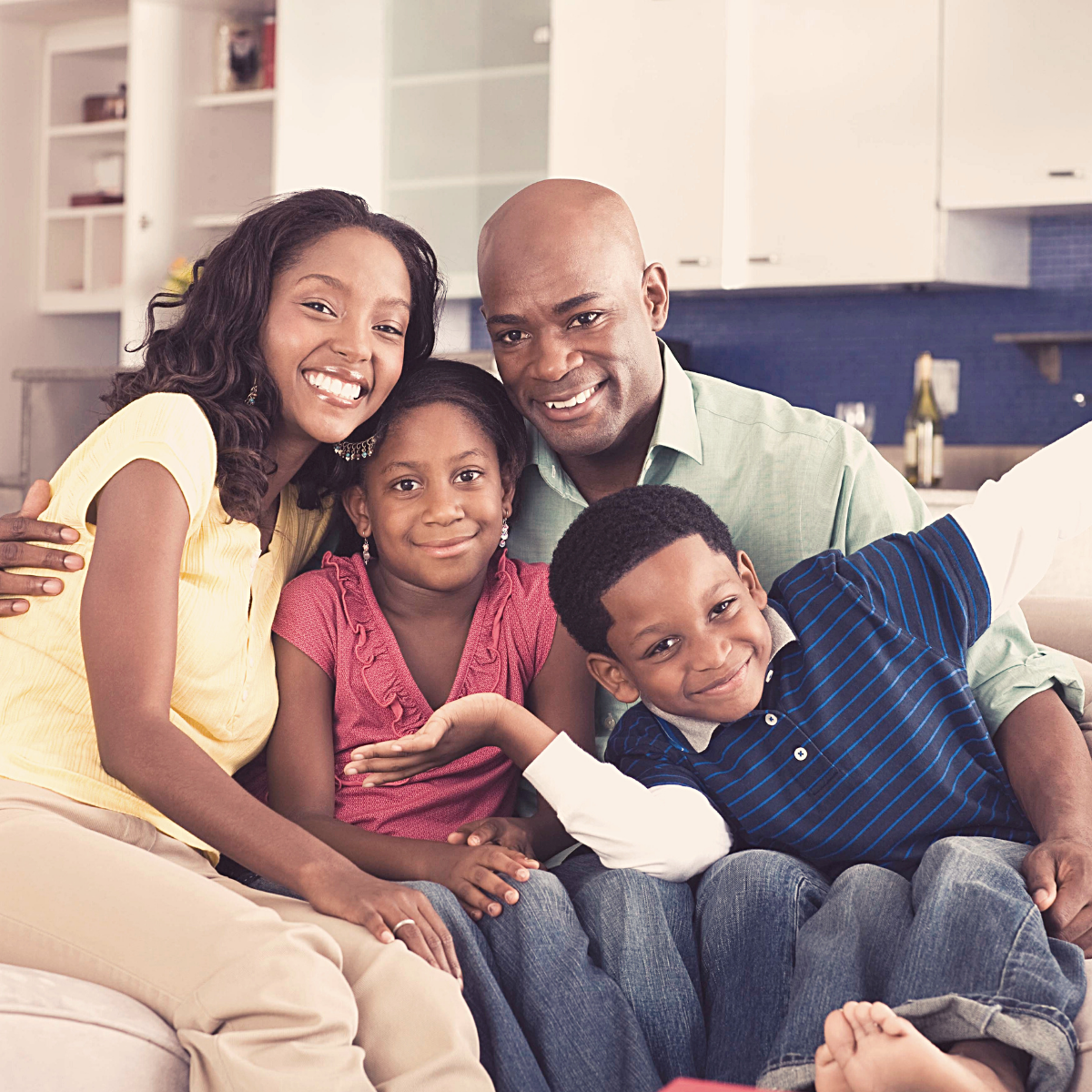 Fran and John are a young couple who grew up in a small town in Northern Ontario, met in high school and fell in love.  After graduation they both took full time jobs in Mississauga, got married, and started saving for a house.  In a few years they welcomed their first child into the family and life was good.

Two years later while they were expecting their second child, John suffered an injury from an accident, and was unable to work.  In a short amount of time, all their savings and hopes for the future were gone.  It was only a matter of months before they found themselves in a food bank for the first time.  They had to leave their home and move into a small apartment with their son and their new baby daughter. While John tried to manage a toddler, a new baby and his own rehabilitation schedule, Fran continued to work to pay the rent.

Luckily, (they thought) the apartment they rented was furnished. The couple had chosen to sell their furnishings so that they could help pay the rent and other bills that were piling up around them.

Within a few weeks of settling into their new place, it was evident that the furniture was infested with bed bugs.  They were horrified that their baby and toddler were bitten as they slept. To make matters worse, their two-year-old son experienced a severe allergic reaction to the bites and was hospitalized for almost two weeks.  All the furniture was removed from their apartment and it was not replaced by the landlord.

They found themselves sleeping, eating, and playing with their children on the floor of an empty apartment. Replacing the furniture was financially impossible.

My Furniture Bank was able to help Fran and John’s family by providing furniture for their apartment.  A home without furniture can not provide the safety, security, and dignity needed for a family to create happy and healthy lives. The family can now begin to rebuild their lives, without being on the floor. They have clean beds, a sofa, dining table and a desk for Fran who has started working from home at her new job.

These are just a few of the stories our clients have shared with us. Be sure to check out our blog and social media where we share more stories about how your support helps families in our community.

"I was pregnant and living alone. I needed a bed before my baby came. I got a bed and other items I needed. I was scared that I could not afford the items but I did and they were all nice things. I feel so much better about the future now."

"My family came to this country as refuges. I am happy that my wife and my children are safe. For a long time, we lived with no furnitures, but my wife was then pregnant and she needed a bed. Our church showed us to My Furniture Bank and we got all the furnitures for our flat. My family are safe in Canada. Our new baby was born in December."

"I live with friends and in shelters most of the time. Now I’m 67 years old and I just can’t do it anymore. I moved into a senior residence because the Region helped me. I never had my own stuff. I am so happy to have my own furniture now in my own place. I'm more positive now. People are so nice and will help you if you ask them."

Thank you for your support. It means the world to our community.